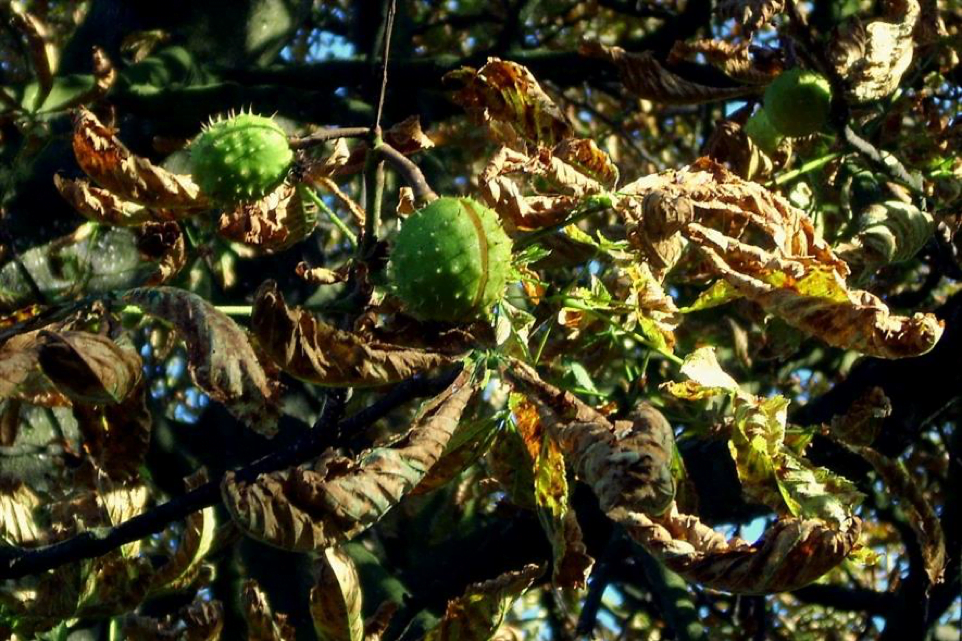 Many trees across Europe have either become ‘endangered’ or added to the official extinction list.

The latest news from the International Union of Conservation of Nature (IUCN) states that the Horse Chestnut is becoming an ‘Endangered’ European Tree.

Horse chestnut among “endangered” European trees Over half of Europe’s native trees are threatened with extinction, according to a new high-level assessment of the continent’s biodiversity.

The European Red List of Trees, published by the IUCN says invasive species, unsustainable logging and urban development have put 58% of Europe’s 454 endemic tree species at risk. Of these, it describes 66 species (15%) as being “critically endangered”, though these are chiefly of genus Sorbus, which consists of “complex arrays of hybrids” across the Continent including the UK.

The horse chestnut (Aesculus hippocastanum) has meanwhile been assessed as “vulnerable” following declines caused by the leaf-miner moth (Cameraria ohridella), which is thought to have first appeared in the tree’s native region of the Balkans before spreading across Europe where the tree has been introduced. This has added to pressures from logging, forest fires and tourism, the report says, leaving no more than 10,000 trees scattered across its native range.

International Union of Conservation of Nature

“Measures for conserving these threatened species, and many other overlooked species highlighted in the European Red List assessments, need to be integrated into regular conservation planning and land management.” Almost half of Europe’s shrub species are also threatened with extinction, the IUCN says.

“Trees are essential for life on Earth, and European trees in all their diversity are a source of food and shelter for countless animal species such as birds and squirrels, and play a key economic role,” he said.

“Experts are now turning their attention to plants, with an assessment of all 454 tree species native to the continent.

Species highlighted include the horse chestnut, which is declining across Europe, and most of almost 200 trees in the family that includes the rowan and mountain ash”.

Horicultural Week also covered the story and you can view it by clicking here.

Read our other news articles here.

Read more about our Commerical Tree Services here. Tree Care Company also has a Tree Management Consultancy Division which you can discover more about by clicking here.